Negotiate Like a Pro with These Salary Negotiation Tips

Did you know that money is the number one source of stress for Americans?

According to research, it’s an even bigger anxiety trigger than work and family responsibilities. No wonder so many people find salary negotiation so daunting!

Salary negotiation may be necessary, but it doesn’t have to be evil. It’s pretty straightforward when you get down to it — it’s all about doing your research and knowing how to appropriately and respectfully make your case for higher pay.

Ready to ditch the dread and approach money talks with confidence?

Whether you’re negotiating the terms for a new position or interested in asking for a raise, these salary negotiation tips will help you get down to business.

Why Is Salary Negotiation So Scary?

What is it about salary negotiation that can reduce otherwise capable and competent adults to a quivering mass of stress hormones?

According to EB Sanders, a career coach and founder of the course Career Change With Confidence, there are two factors at play: a fear of the unknown and a lack of knowledge about standard pay rates. “People tend to get anxious because of the unknown, “says Sanders. “If you haven’t done your research and therefore don’t know the market rates for your role, asking for any number can be scary because you will have no idea if you’re asking for the ‘right’ amount.”

Another big salary negotiation fear? Coming off as disrespectful or handling the negotiation poorly.

Kelley Baker, who has forged a unique career as a licensed manicurist and certified professional resume writer (CPRW), observes that it’s common for people to “fear that countering the first offer might make them seem arrogant, overconfident or ungrateful. They may also be afraid that they’ll leave some money on the table during a negotiation.”

No doubt about it — these fears are real and significant. But they’re not insurmountable. So how can you prepare yourself to bring up the topic of additional pay in a respectful but confident way?

Negotiate Like a Pro With These Salary Negotiation Tips

How do you manage the stress of money negotiations? It’s largely a matter of gaining clarity on what you’re asking for and why, and understanding how to ask for it respectfully yet confidently. You may not ever love salary negotiation, but these tips can help you get through the challenging process with flying colors:

One of the reasons people get so anxious about asking for more money is they don’t know how much to ask for. As a general rule, asking for 10-20% more is considered standard, but this can depend on your industry and role. 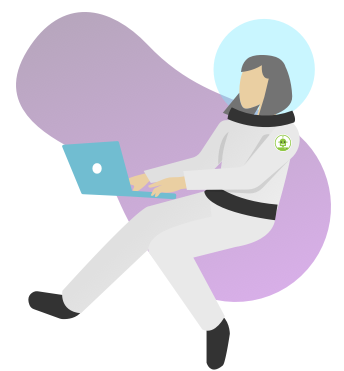 Sanders says, “If you know for certain what a role is ‘worth’ in your market and you know what number you need/want then you can confidently ask for that number.”

Baker urges applicants to “take the time to get comfortable with your target salary number. Know in advance what you’re willing to accept.”

Which leads to the question … what should that number be?“If possible, it’s often helpful to have internal information about pay bands or salary ranges at your company,” says Baker. “If you don’t have access to this information, check Glassdoor, LinkedIn, or online salary calculators to research the estimated salary range for the job.”

Know When to Ask… 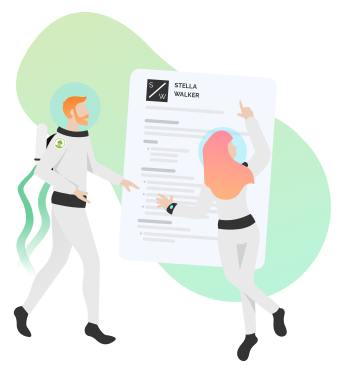 Timing is everything! That’s true about most things in life … including salary negotiation. So what’s the best time to ask?

If you’re a new hire, that’s easy — salary negotiation typically occurs after you receive the job offer, but before you officially accept.

But what if you’re already in a role and want to ask for a raise? “It’s always the most appropriate during a review cycle,” Sanders explains. “Companies tend to have plans for promotions and raises and are prepared to dole them out. The next best time is after you’ve absolutely killed it on several projects in a row or taken over new role responsibilities.”

…And When NOT to Ask.

There are certain times and circumstances when the higher-ups may not be as receptive to requests for more money. For instance, Baker advises, “In general, if you’ve recently been given a raise or started a new job, it’s probably best to wait 12 months before requesting a salary increase.” 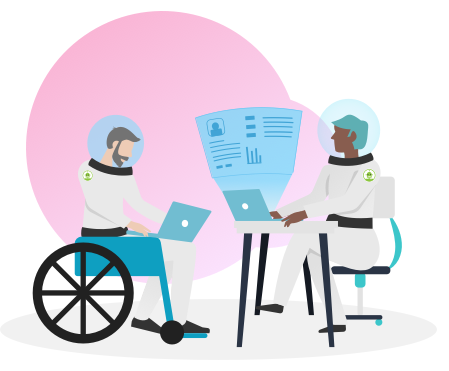 Another moment to avoid asking for a raise? When you haven’t actually done anything to deserve it: “if you cannot substantiate why you deserve a raise, it’s probably inappropriate to ask for one,” says Baker.

Sanders echoes this sentiment, noting that the least appropriate times to bring up more pay are “when you’ve A) been underperforming and B) have had no discussions with your manager about expanding your role or your salary.”

You probably already know that barging into your boss’s office and shouting “I want more money!” is not the best way to initiate a conversation about salary. But what is the right way?

It might be tempting to hop on over to HR or request face time with the owner of your company, but especially in larger companies, it’s more appropriate to start with your immediate higher-up.
In general, these conversations “should always begin with your direct manager,” says Sanders. “If you don’t have regular one-on-ones, ask for one.” When you do meet, be prepared. Sanders advises going to the meeting with “a detailed ‘pitch’ as to why you are working above your current pay grade and you deserve a bump. 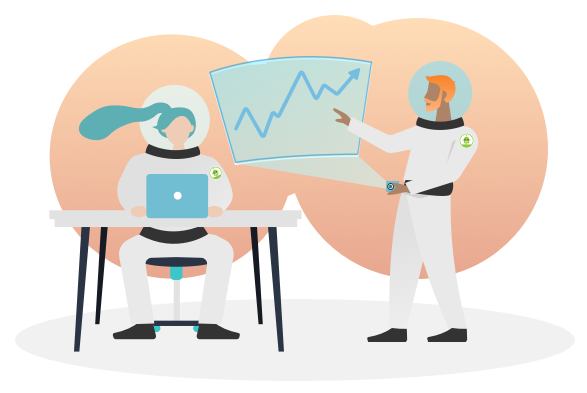 One common reason people ask for a raise? Because they find out someone else in the same role is making more. Avoid the temptation to whine about it. Baker suggests a smarter approach — having a specific plan to make a case for yourself.

As she shares, “One strategy that I employed to earn a +15% raise was to compare my responsibilities and results to those of my counterpart that was earning more. Using Excel to analyze data and create graphs and charts, I created a concise PowerPoint deck that demonstrated how my contributions had grown over time, and how my current results met or exceeded those of my counterpart.”

By considering potential objections in advance and having numbers and metrics at the ready to back up her request, she was “able to obtain a salary match to my high-earning counterpart.”

Be Prepared For ‘No’

Even with all the confidence and preparation in the world, your request for a raise or higher salary could still be met with a “no.”

That doesn’t have to mean that that conversation’s closed, though. Remember, this is a negotiation. Sanders suggests a proactive approach for the future: “If they are not prepared that day to give you a raise, ask for a timeline and milestones to get there.”

What if you’re rejected for a raise and it’s a deal-breaker for you? In a case like this, says Baker, “If a company can’t pay you what you’re worth and what is fair market value, then you need to be prepared to look elsewhere.”

Raise the Bar for Salary Negotiation

Salary negotiation can be a nerve-wracking experience, no doubt about it.

But with a little preparation and know-how, it is possible to proceed with confidence — and to get the pay raise you deserve! By getting clear on what you want and building a case for why you deserve it, you’ll be in the best position possible to negotiate the best salary possible.

Rate this Article
2.7 / 5 ( 28 votes )
Bad Resume: Examples and Solutions for a Better Resume Previous post
What Hiring Managers Think About Your Funny Resume Next post

Jessie Oleson Moore is a Philadelphia-based freelance writer / ghostwriter and artist. As a writer, she has written extensively on finance, day trading, personal growth, and career development and has extensive experience producing in-depth, research-based articles and guides. In addition, she is an accomplished illustrator and author who has appeared on The Today Show and been featured in Publisher's Weekly. In her free time, she’s an avid traveler, Ashtanga yoga practitioner, and unicorn enthusiast.

EB Sanders is a career coach who helps creative types ditch their fears and design their careers so they can achieve the fulfillment they really want.

She went from college professor to recruiting and staffing specialist to career coach all in the name of helping people find their “thing.” Today she is a sought-after coach and staffing consultant serving creative individuals, companies, and organizations. When she’s not coaching or consulting she’s busy running her course, Career Change With Confidence.

Kelley Baker is a licensed manicurist and certified professional resume writer (CPRW) in San Francisco, CA. After a 10-year career in sales working for some of the most influential US publishing houses, Kelley left her job to found The Nail Executive. She believes that nails and resumes are both powerful conveyors of impact, excellence, and strength, and is passionate about helping clients exude the polish and confidence they deserve. Her work has been featured in Refinery29 and Good Morning America. 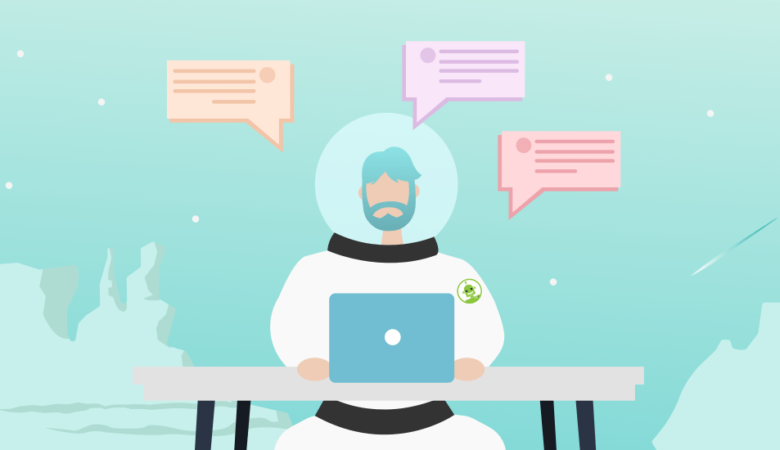 Tips for Discussing Your Gap Year

Gap years can be helpful in your life, but hard to explain on a resume. Here’s how you can create a more effective resume discussion of you... 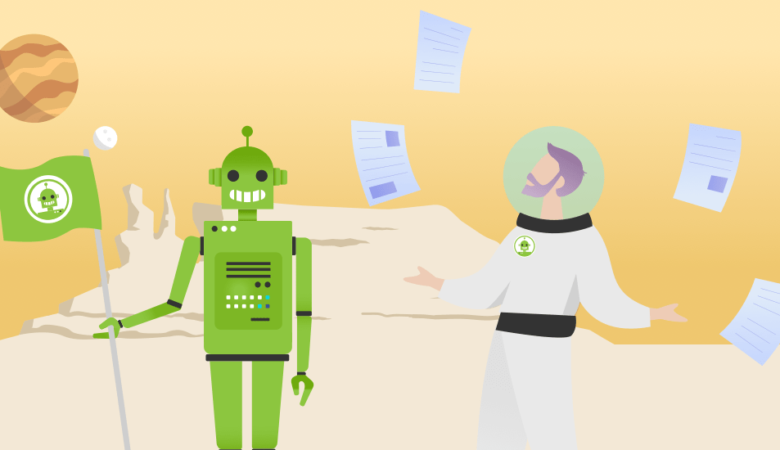 How to Describe Your Job Responsibilities in an Interview

If you’re asked to describe your current job responsibilities, you must be ready to answer this interview question. Here’s how to answer... 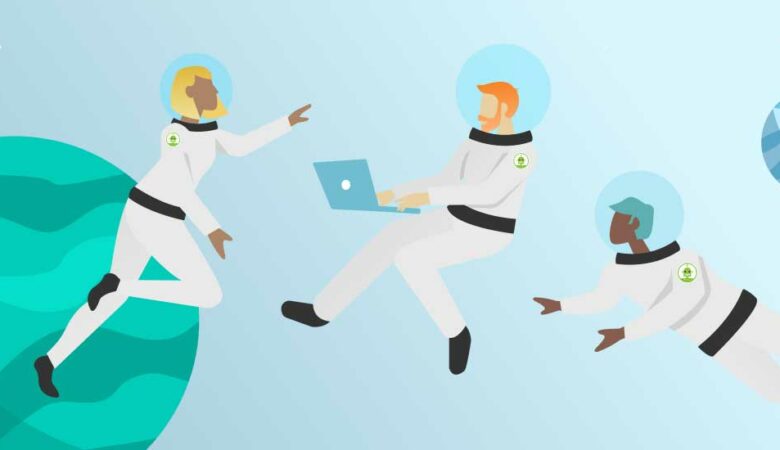 Everyone wants an amazing squad of besties, but should it really be composed of your co-workers? On the surface, work friendships might se... 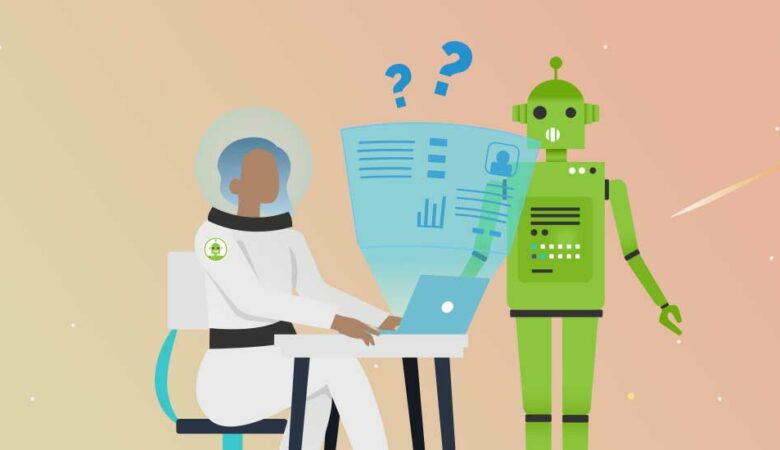 How Far Back Should My Resume Go?

To show a potential employer that you are the missing piece in the workplace puzzle, you have to show you’re a fit. You need to flex your e...