The Most Recent Gig Economy Statistics

Looking to enter the gig economy this year? Here’s current gig economy statistics so you can make an informed decision in today’s gig job market.

The Coronavirus pandemic created a huge shift in the way Americans viewed their relationship with their work and careers. According to Forbes, the 2020 pandemic catapulted gig work into the limelight and now, the gig labor market is here to stay. Because of political, economic and social issues, self-employment is on the rise and people are looking towards gig work to make a living. Both full-time and part-time gig work has seen a rise across all demographics and the numbers keep growing with each passing year. 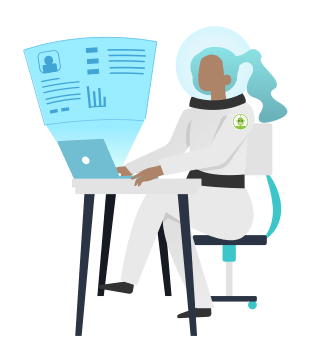 The gig economy is a labor market characterized by independent work. Unlike traditional jobs, gig workers do not bind themselves to a company through a contract. Instead, they become their own boss and work as they please. Gigs are considered to be short-term work, but a great number of freelancers rely on gig work as their primary source of income. Some common gig jobs among U.S. workers are:

To be part of the gig economy is to have a lot of benefits they can’t get with traditional employment. People have found a way to earn extra money while maintaining control over their time, finances and workflow. Because of this, full-time independent gig work is rising in popularity globally.

Gig Economy Stats: What You Need To Know

Here are some valuable labor statistics you should know about the gig economy. Whether you want to be in the gig workforce full-time or part-time, these statistics will give you some insight into what the freelance economy looks like:

One common misconception about the gig economy is that it’s composed of people who are low-skilled laborers. This is far from the truth. There are many highly-skilled, full-time freelancers with years of experience. So, no matter what your skill set or work history, you can join the gig economy and start earning some money your way. Use ResumeNerd’s resume builder if you’re a professional interested in applying for gig work.

People look towards freelance work because of all the good things that come from managing your employment. The greatest benefits of working gig economy jobs are:

But of course, where there are pros, there are cons. The benefits come with a lot of downsides that you should consider before jumping into it head first. Some of the downsides gig economy workers face include:

How much freelance workers make per hour depends on the kind of work they do. Some gig workers’ hourly rates, like Uber drivers, depend on factors like distance driven and traffic. Other freelancers, like copywriters and programmers, will set their wages and can increase them if they please. Freelancers that want more control over their hourly wages would do well with gigs where they choose their clients. Freelancers that just want a flexible work schedule do better with gig work where they join a gig platform.

There are different types of independent work you can find. Some require you to find the work yourself while others require you to join a gig platform that’s owned by a company that distributes the work. Some of these companies with online platforms are:

Cindi Cervone Carlson is a Senior Vice President for Challenger, Gray & Christmas, Inc. Cindi is responsible for developing, delivering, and implementing a dynamic, world-class organization dedicated to delivering outplacement consulting, training, support, and executive coaching. Cindi started her career at Challenger as a client who had lost her job. Over the past nine years, she has risen from an entry-level, part-time professional to Senior Vice President.

The Most Recent Gig Economy Statistics
The Coronavirus pandemic created a huge shift in the way Americans viewed their relationship with their work and careers. According to Forbes, the 2020 pandemic catapulted gig work into the limelight and now, the gig labor market is here to stay. Because of political, economic and social issues, sel... For more information on "The Most Recent Gig Economy Statistics" please visit resumenerd.com